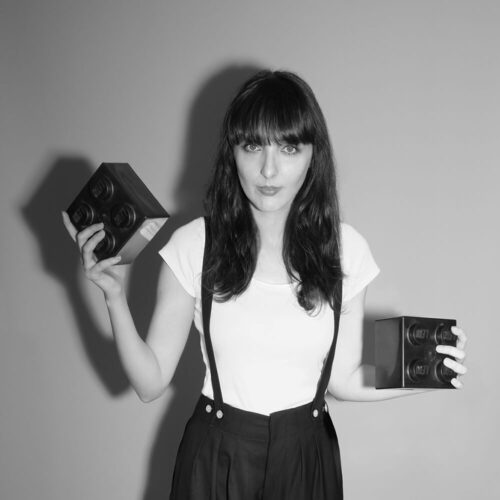 B. 1984 in Włocławek. A visual artist. She works mainly in the medium of photography, but also makes objects and installations. Her projects deal with topics related to memory, its patterns and related scientific and pseudo-scientific theories. She is moreover interested in cultural phenomena that impact contemporary reality and which provide opportunities to manipulate it. She often works with archival materials, including photographs she comes across online, but also uses photo banks as well as police and press archives. She graduated from the Faculty of Graphics at the Academy of Fine Arts and the Academy of Photography in Warsaw.
Laureate of e.g. Paszport Polityki for 2019 in the Visual Arts category, EMOP Arendt Award (2019), Foam Talent (2017), Spotlight Award (2017, Belfast Photo Festival), and LensCulture Emerging Talent Awards (2016). Finalist of the Prix HSBC pour la Photographie (2017) and the Prix Levallois (2016). Scholarship holder of Poland’s Minister of Culture and National Heritage. Her work can be found e.g. in the collections of: Deutsche Börse Photography Foundation (Germany), Dom Museum (Vienna) and MuFo Museum of Photography (Krakow). 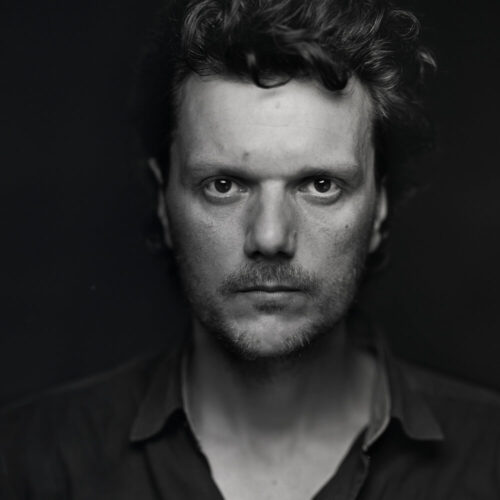 B. 1973. Studied Cultural Sciences at Adam Mickiewicz University, Poznań. Construction technician. In his work he combines the media of photography, collage and painting. He often transgresses the genre of a document, combining and borrowing commonly known images, offering them a new dimension and meaning. Author of five photographic exhibitions and two collages. Occasionally a curator and editor of art books. He runs his own portrait studio Studio810 and his own art studio in Warsaw's Saska Kępa district. 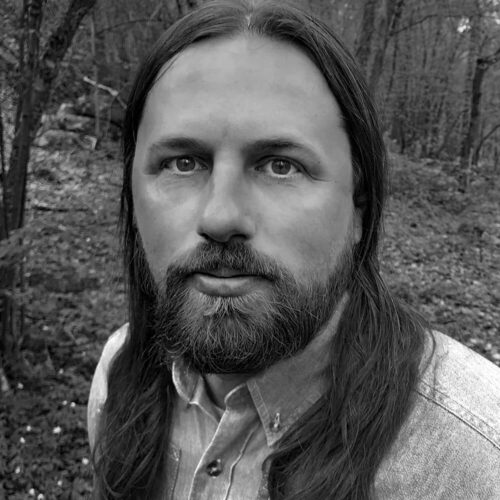 B. 1979, lives and works in Stockholm. Studied photography at the Nordic School of Photography and visual communication at the University of Arts, Crafts and Design in Stockholm. He has participated in many international collective shows, e.g. at festivals such as PHOS Art in Matane, Recontres Photographiques in Montpellier, Norderlicht in Groningen. His projects have been presented as solo exhibitions. e.g. in the VU Gallery in Quebec, the Finnish Museum of Photography in Helsinki and the Kehrer Gallery in Berlin. An author of two photography books that have been awarded by the Jury of the Rencontres photographiques de Montpellier, for the series Tonight and TT:s Stora Fotopris, considered Sweden's most important photography award, for the project Fading. The book Fading was published by Kehrer Verlag and premiered at Paris Photo.

Day by day we live in a relative sense of security and peace, making plans for the future, scheduling our holidays and trips. Little do we heed potential threats and underestimate their symptoms when they manifest themselves in reality. We construct physical and mental enclaves that give us refuge and a sense of peace, which is a kind of escape from our worries; alas, this is all illusory. For many decades Sopot has been such a place, visited by many also before and during World War II. Photographs from this period invariably show visitors relaxing on the beach, walking along the pier and spending time with friends. These moments, frozen in a sense of stability and carefree bliss, seem inadequate in hindsight and do not reflect the atmosphere of that time. Were they conscious of the changes to come?

Every now and then a “black swan” appears in reality, an event that hardly anyone can foresee, but one with an enormous impact on social and economic changes as well as on the individual destiny of each and every person. It is often only after some time that this phenomenon can be explained and its root cause pinpointed. Was it really so unpredictable, or do we simply ignore such symptoms out of fear of the unknown?

Weronika Gęsicka’s collages attempt to capture in a symbolic way the tensions and fears that we constantly have to face. Cracks begin to appear in the idyllic images that make up a large part of our privileged world. The photographs simultaneously have elements of beginning and end in their form, a strong sense of transience and the fleetingness of experiences.

Drift is the free movement of a floating object caused by the action of wind or current. It also means veering off from an assumed course, surrendering to the course of events; it is inertia.

Some of the photographs used in the Drift project come from the collection of the Museum of Sopot and were part of the exhibition “Silence Before the Storm. Summer 1939 in Sopot”, on display at the Museum in 2019.

The feeling that no matter what you do is always somehow wrong – that any attempt to make your way comfortably through the world will only end up crossing some invisible taboo – as if there’s some obvious way forward that everybody else can see but you, each of them leaning back in their chair and calling out helpfully, “colder, colder, colder…”

The title of the project comes from The Dictionary of Obscure Sorrows, a compendium of invented words by John Koenig, which is a collection of neologisms describing emotions that have not yet been defined. It aims to fill the holes in the language – to give names to emotions that we all feel but for which we have no words. The author’s mission is to capture the aches, demons, vibes, joys and urges that roam the wilderness of
the psychological interior. 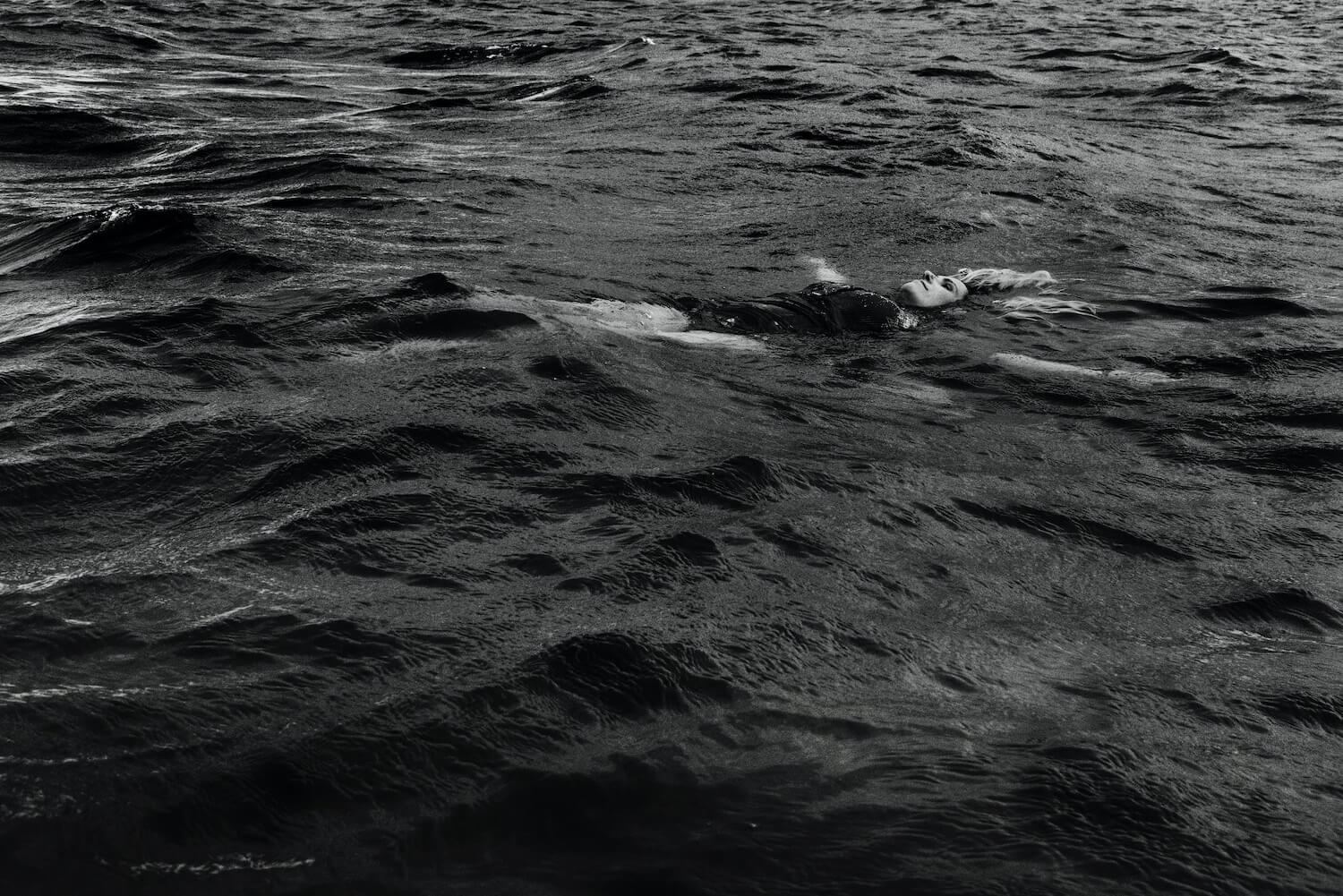 In everyday life, people experience the world and the process of existence as areas full of opposites and overwhelming doubts. The coexistence of usually opposing sensations and observations, in its essence, often has the character of complementary qualities. In the philosophy of the mind, this dualism constitutes one of the positions on the psychophysical dilemma concerning the mutual relations of body and mind. These two elements, however, despite their apparent antagonism, depend on each other and have a great mutual impact.

Similar properties can be attributed to the relationship between man as an individual and the surrounding reality as ambiguous components that continuously impact each other. We see the world not as it is, but as we are ourselves, through its reflection in ourselves.

The subject of Elis Hoffman’s project is precisely the essence of this dialogue, the platform of encounter, interaction and its consequences. The artist treats this platform symbolically, as a situation, state of mind, tangible emotions, expectations, and fears. Its character depends on our interpretation: peace or danger, solitude or introversion, anxiety or curiosity.